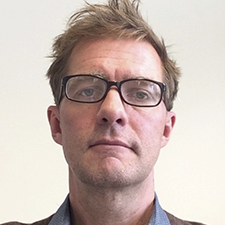 Stuart D. Bale is a Professor in the Physics Department at the University of California, Berkeley and he is a former Director of Berkeley’s Space Sciences Laboratory. He is NASA PI for instruments on Parker Solar Probe, STEREO, and Wind and in development for the lunar CLPS program. He has broad interests in heliospheric plasma physics and is helping to define the plasma wave and magnetic field measurement capabilities for the Interstellar Probe Study. 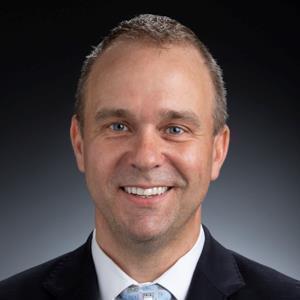 Pontus Brandt is the Interstellar Probe Concept Study Project Scientist and the Principal Investigator of the Jovian Energetic Electrons and the Jovian Energetic Neutrals and Ions instruments on board the European Space Agency’s Jupiter Icy Moon Explorer (JUICE) Mission. He received his Master of Science from Lund University, Sweden in 1994 and a PhD in Space Plasma Physics at the Swedish Institute of Space Physics, Kiruna, 1999. He has been with JHU/APL since 2000 and is currently the Assistant Group Supervisor of the Solar & Space Physics Group. He has been involved in the NASA/IMAGE, TWINS and Cassini missions, and the ESA/Cluster, Mars and Venus Express missions. In 2017 he was elected Corresponding Member of International Academy of Astronautics. 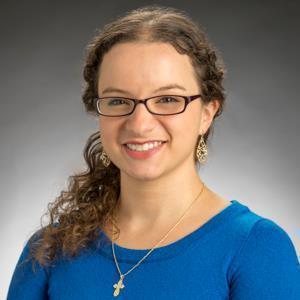 Alice Cocoros earned a Ph.D. in Physics and Astronomy from Johns Hopkins University. She is a physicist at Johns Hopkins University Applied Physics Laboratory. She serves as the Payload Systems Lead for the Interstellar Probe Study and the LIDAR Lead for NASA’s Dragonfly mission, as well as supervising the Advanced Algorithms Section of the Science and Space Instrumentation Branch in the Space Exploration Sector at APL. Her area of expertise is particle physics, with a focus on modeling, simulation, and data analysis, and her areas of interest include instrumentation and onboard processing for various space flight applications.

David Copeland (Member, IEEE) is a member of the Principal Professional Staff with the Space Exploration Sector at the Johns Hopkins University Applied Physics Laboratory. He leads the subsystems section of the SES RF group, and is currently the telecommunications subsystem lead engineer for the Dragonfly mission to Titan. Mr. Copeland has over 30 years’ experience in microwave and optical communications systems design. He received his B.S. from Virginia Polytechnic Institute and State University in 1985 and M.S. from the University of Maryland in 1997, both in electrical engineering.

Glen Fountain received his B.S. and M.S. degrees in electrical engineering from Kansas State University in 1965 and 1966 respectively, and joined the Applied Physics Laboratory (APL) in 1966. During his early career he was a member of APL's technical staff that developed a number of space missions for both the Department of Defense and NASA. From 1974 on he has held a number of line and project management positions in APL's Space Department. From 2004 through 2015 he was the Project Manager of the New Horizons mission to Pluto which was launched in January 2006 and made observations of the Pluto system in 2015. As of January 2016, he is the New Horizons Deputy Project Manager. He leads the Lifetime Study task within the Interstellar Probe Study.

André Galli received a Ph.D. in Physics from the University of Bern in 2008. After a period as an engineer and technology consultant and his post-doctoral period at the Netherlands Institute for Space Research, he re-joined in 2012 the University of Bern as a scientist. His research topics cover a broad range from laboratory experiments in the context of icy surfaces in the solar system, data analysis for space missions (Mars Express, Venus Express, IBEX, Rosetta), to project science and management for upcoming space missions (JUICE and IMAP in particular). 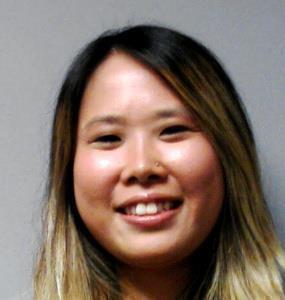 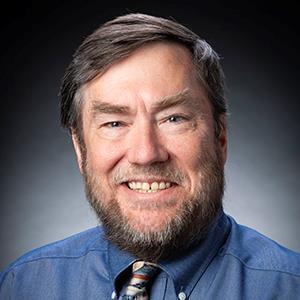 Jim Kinnison is the Interstellar Probe Concept Study Lead and has served as the Mission System Engineer for Parker Solar Probe since the mission concept study begun in 2007. He received a B.S. in Physics from Northeast Louisiana University, Monroe, Louisiana in 1984, an M.S. in Physics from Michigan State University, and a PhD in Physics from Clemson University in 2005. He has been with JHU/APL for more than 30 years, where he developed radiation models and worked systems mitigations for radiation effects in microelectronics for more than 10 spacecraft and several long-duration balloon flights. After serving as System Assurance Manager for the New Horizons mission to Pluto, he now focuses on system engineering for scientific space missions and advanced mission concept development. 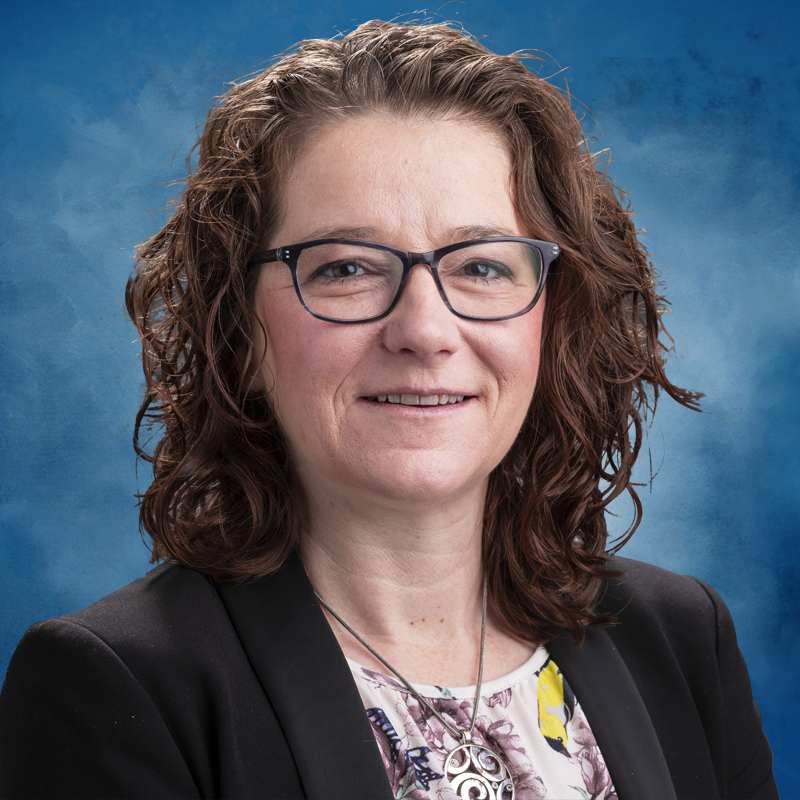 Kathleen Mandt earned a Ph.D. in Environmental Science and Engineering from the University of Texas at San Antonio. She is a Chief Scientist at Johns Hopkins University Applied Physics Laboratory. She serves as the Deputy Project Scientist for the Interstellar Probe Study, the Project Scientist for the IVO Discovery mission concept currently in Phase A, and the Project Scientist for the LRO Lyman Alpha Mapping Project (LAMP) UV spectrograph. Her area of expertise is planetary atmospheres, with a focus on modeling, simulation, and data analysis, and her areas of interest include enhancing the science return and societal impact of space missions through developing a culture focused on training the next generation of space science leaders. 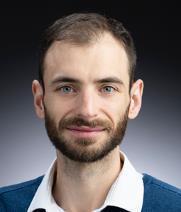 James P. Mastandrea received his Ph.D. in Materials Science and Engineering from the University of California, Berkeley. He is a computational physicist at the Johns Hopkins University Applied Physics Laboratory, and serves as the Assistant Project Manager for the Interstellar Probe Study. 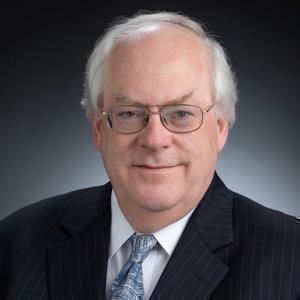 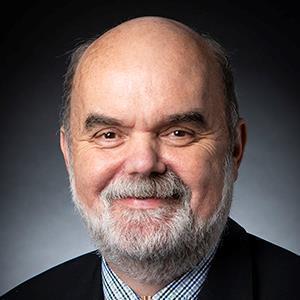 Douglas S. Mehoke is a member of the Principal Professional Staff at the Johns Hopkins University Applied Physics Laboratory and the Supervisor of the Mechanical Systems Group in the Space Exploration Sector. He has a M. S. degree from Stanford University and has worked in the field of spacecraft and instrument thermal designs for over 30 years. At present, he is leading the solar shield material development and design efforts for the Interstellar Prove Study. He is also the lead for the dust damage studies on PSP and Europa Clipper, and led the development of the PSP Thermal Protection System. 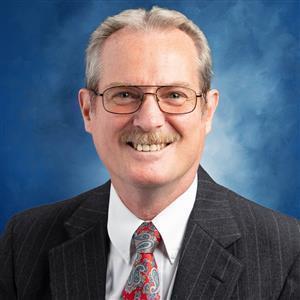 Kimberly Ord has been with the Johns Hopkins University Applied Physics Laboratory since 2008 and has over 20 years in space mission operations. She currently is the Deputy Mission Operations Manager for Parker Solar Probe. Prior to supporting Parker Solar Probe, she worked on the MESSENGER mission at JHU APL and the International Space Station for the United Space Alliance at the Johnson Space Center. She received a B.S. in Electrical Engineering from Iowa State University in 1997. 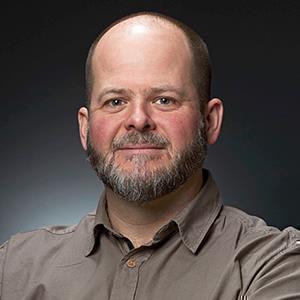 Michael Paul is a space exploration engineer at the Johns Hopkins Applied Physics Laboratory. As the Deputy Mission System Engineer on MESSENGER, he contributed to multiple flybys of Venus and Mercury, including the spacecraft’s first encounter with the innermost planet in 2008, an event that convinced him that space exploration was critical work for humanity to continue and accelerate. Michael founded and led the Lunar Lion team at Penn State, a team of students assisted by researcher factually to pursue the Google Lunar XPRIZE, and is proud of the impact that those students have had across the space industry. Michael likes to work on old motorcycles, build new spacecraft, and canoe down rapids with his family, but not all at the same time. Michael holds an MS in Applied Physics from Johns Hopkins University, a BS in Aerospace Engineering from the University of Notre Dame, and BA in Liberal Arts from Stonehill College. 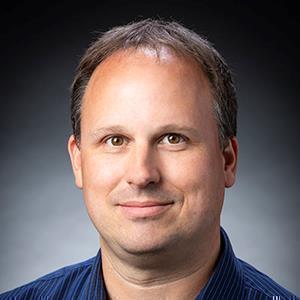 Gabe Rogers graduated from the University of Illinois with a B.S. in Aeronautical and Astronautical Engineering in 1996 and a M.S. in 1997. He immediately went to work at the Johns Hopkins University Applied Physics Laboratory in the Space Department where he has been for the last 23+ years. He is currently the assistant group supervisor in the Astrodynamics and Control Systems Group. Gabe has worked on virtually all of the recent JHU/APL space missions in some capacity, from MSX through Parker Solar Probe and the Double Asteroid Redirection Test (DART), currently in development. He was the lead G&C engineer for the Van Allen Probes mission through I&T, launch, and the first year of operations. Mr. Rogers is the spacecraft systems engineer, deputy mission systems engineer, and Guidance and Control lead for the New Horizons mission. 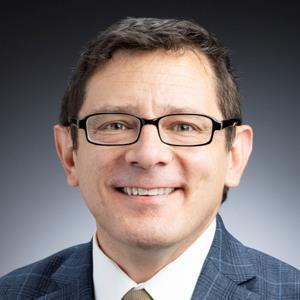 Christopher M. Rose is an electrical engineer and senior professional staff at Johns Hopkins University Applied Physics Laboratory. He serves as avionics lead for the Interstellar Probe Study. He has been with JHU/APL for more than ten years, designing flight avionics for the Van Allen Probes, Parker Solar Probe, DART, and IMAP missions. Previously, Christopher has designed ASICs in positions at PMC-Sierra, Synopsys Inc., and the Department of Defense. He holds a B.S. in Computer and Systems engineering from the Rensselaer Polytechnic Institute, and an M.S. in Electrical Engineering from Johns Hopkins University. His current research is in AC-Coupled SpaceWire. 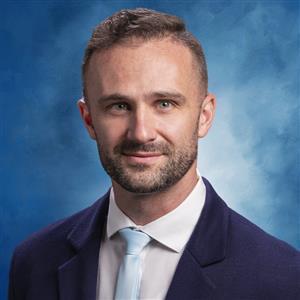 Kirby Runyon holds a PhD in planetary geology from Johns Hopkins University and is a senior staff scientist in planetary geology and exploration at Johns Hopkins APL. He is the working group lead for remote sensing planetary science for the Interstellar Probe mission concept study and also a co-lead for in situ resource utilization for the Lunar Surface Innovation Consortium. A science team member on New Horizons, his interests are in robotic imaging of transneptunian planets and astronaut-enabled geological exploration of the Moon. 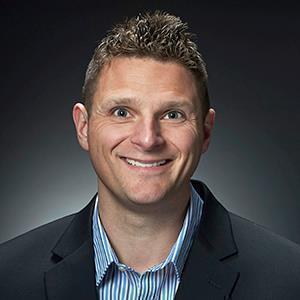 Wayne Schlei currently works as a mission design engineer at the Johns Hopkins University Applied Physics Laboratory within the Astrodynamics and Controls group. He received his B.S. in Aerospace Engineering from Iowa State University and his M.S. and Ph.D. degrees in Astrodynamics and Space Applications from Purdue University with a focus on visuals analytics towards trajectory design practices and high-performance computing towards multi-body dynamics and analysis. Within his three years at APL, he served as the deputy mission design engineer for New Horizons during the Arrokoth (KBO) encounter, the mission design lead for the Interstellar Probe Study and has lead various developmental projects for trajectory design practices in formation flight and multi-body dynamics. 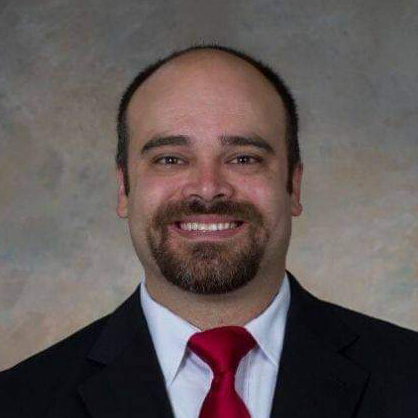 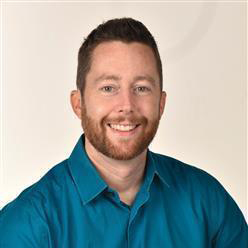 Drew Turner is a researcher in the space physics group of the Space Exploration Sector at The Johns Hopkins University Applied Physics Laboratory. Drew earned his PhD in Aerospace Engineering Sciences in 2010 from the University of Colorado at Boulder, and since then he has held researcher positions in the Earth, Planetary, and Space Sciences Department at the University of California, Los Angeles and in the Space Sciences Department at The Aerospace Corporation before joining the team at APL. Drew is humbled to have had the honor of serving on the science teams of NASA's THEMIS, Van Allen Probes, MMS, ELFIN, and GTOSat missions, and he is currently serving as the Deputy Project Scientist on NASA's IMAP mission. Drew was student instrument lead on the REPTile instrument on CU's CSSWE CubeSat, is Deputy PI of UCLA's ELFIN CubeSat mission, PI of the micro-Charged Particle Telescope on Aerospace's AeroCube-10 mission, PI of the micro-dosimeter suite on the CuPID mission, and the PI (now Dep. PI alongside Christine Gabrielse at Aerospace) of the Relativistic Electron Magnetic Spectrometer (REMS) on GTOSat. Drew's science interests include planetary radiation belts, particle acceleration processes in collisionless plasmas and planetary magnetospheres, and the physics of shocks in collisionless plasmas. 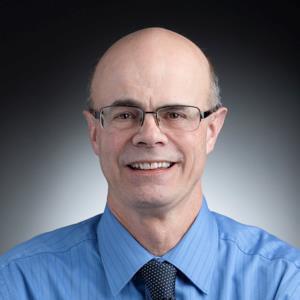 Dubbed “Margaret Mead among the Starfleet” in the Times Literary Supplement, Janet Vertesi is associate professor of sociology at Princeton University, where she specializes in the sociology of science, technology, and organizations. Her past decade of research, funded by the National Science Foundation, examines how distributed robotic spacecraft teams work together effectively to produce scientific and technical results. Vertesi is the author of both Shaping Science: Organizations, Decisions, and Culture on NASA’s Teams (Chicago, 2020) and Seeing Like a Rover: How robots, teams and images craft knowledge of Mars (Chicago, 2015); she is co-editor with David Ribes and others of digitalSTS (Princeton, 2019) and Representation in Scientific Practice Revisited with Catelijne Coopmans, Michael Lynch, and Steve Woolgar (MIT Press, 2014); and in addition to her social science work she also publishes in human-computer interaction.